Including or Excluding an Audience in the A/B Campaign Builder

You can include or exclude specific visitors based on what you want to test. If you want to evaluate a change that affects only Firefox users, for example, you can create a Campaign that includes only visitors who open your test page in Firefox. If you want to measure conversion rates for a product page that displays ski boots, you can exclude visitors for regions that have no mountains or snow.

The image below shows the fields used to assign Audiences: 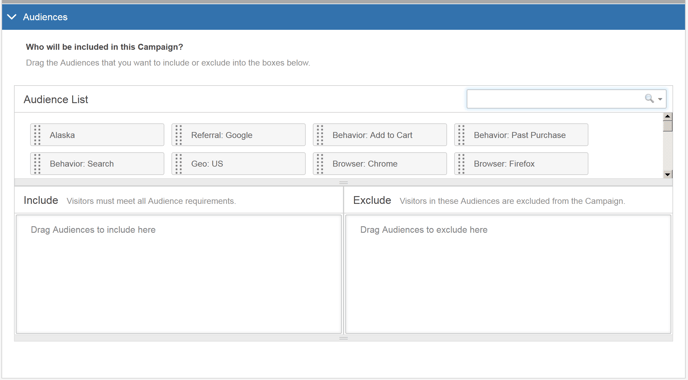 To include an Audience in a Campaign, drag it from the Audience List to the Include box. Some things to remember when you are specifying which Audiences to include:

To exclude an Audience from a Campaign, drag it from the Audience List to the Exclude box.