Creating a Site Variation for WATTS

Site Variations are similar to regular Variations, except that they apply a site-wide change that does not require the visitor to be assigned to a Campaign. Visitors see Site Variations based on settings in the Advanced Settings area.

The information we provide here about WATTS assumes that you are familiar with:

Use the following steps to create a WATTS Site Variation: 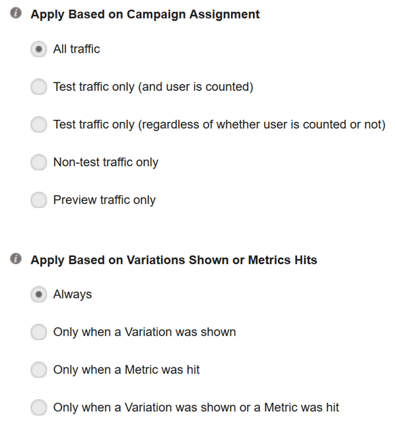 Note: You can also use WATTS macros Campaign Variations, which are a type of Global Variation that are associated with one or more Campaigns. 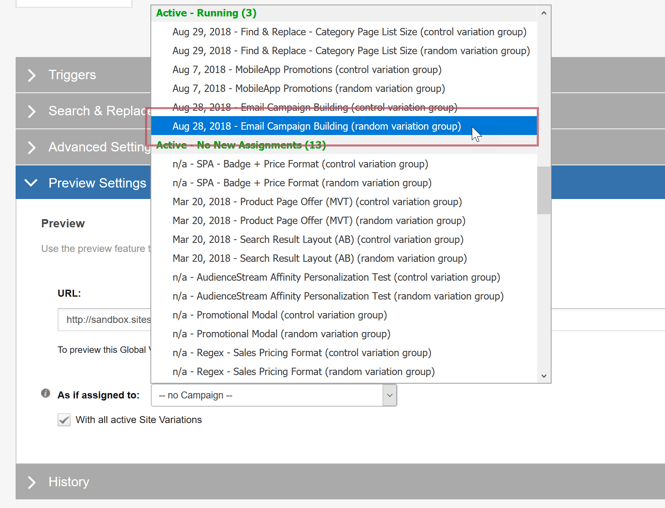 Note: The drop-down menu in the above illustration displays sample data and is not representative of what you will see.

Note: It is important to preview Site Variations that use WATTS macros to ensure that the resulting analytics tags have been properly modified. Previewing with a Campaign is the best way to simulate the WATTS data that is inserted into the page for real visitors.